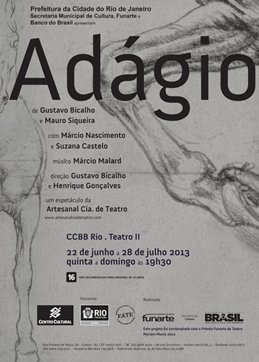 Adagio is a dramatic poem for two actors, a puppet and a cello, inspired by the neorealism period in Italian movies. The expressive force within the piece comes from the research led by the manipulation of a real size scaled puppet. Text, music and blocking were created together along the staging process, resulting in a unique show. The play was inspired by a short tale from Mauro Siqueira and explores with strength the tragic story between a son and his mother, when the son’s girlfriend reappears with a notice that shatters everybody’s life.

The image that is left by the show is the one of an aged, blurred and unfinished painting. You just contemplate it. The actors barely move, they give us peaceful feeling that is also sad. The real harmony is not only in regard to the music but also to the colours and the energy that the actors exchange with the puppet; that is Adagio. 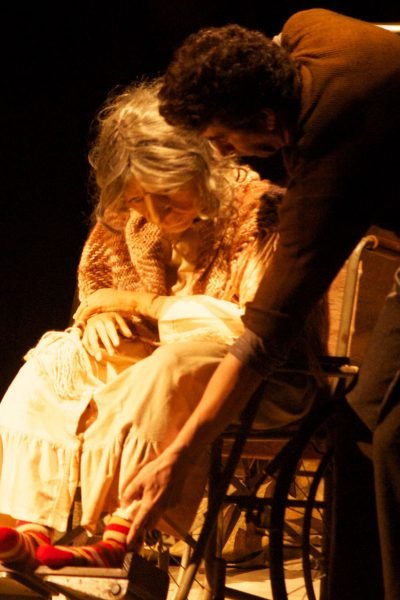 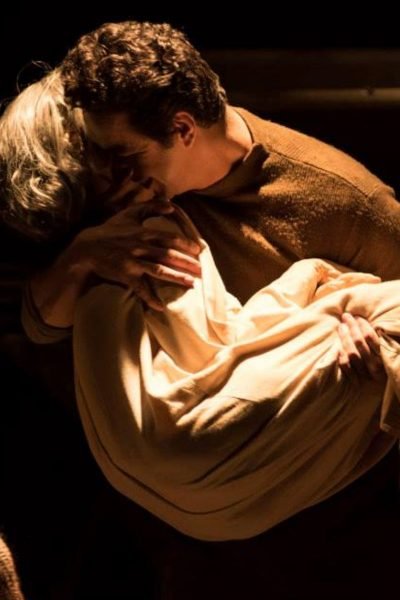 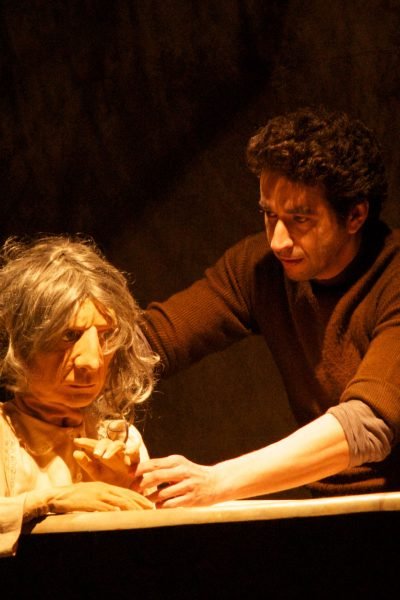 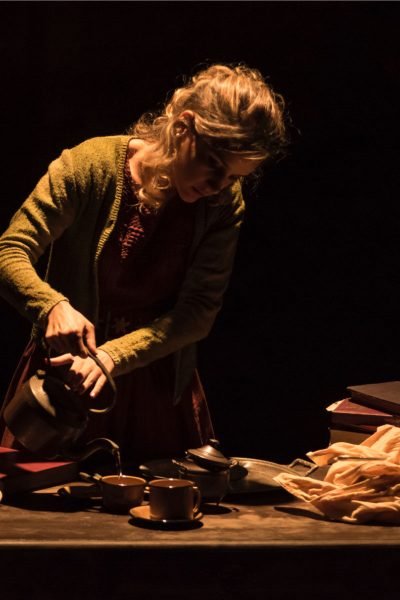 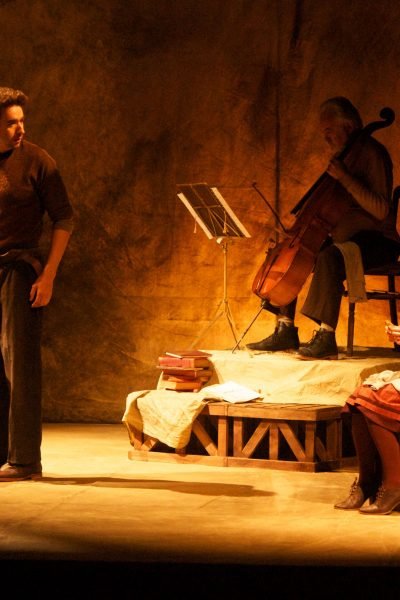 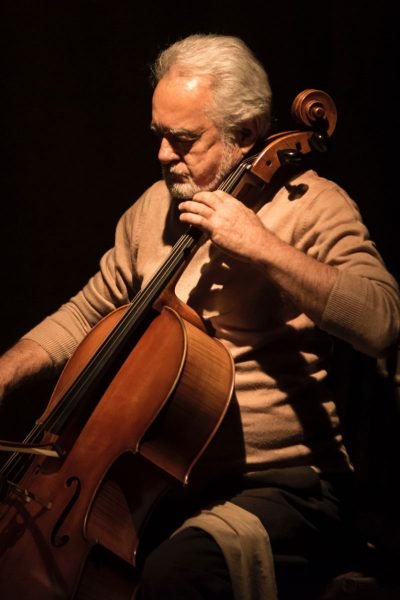 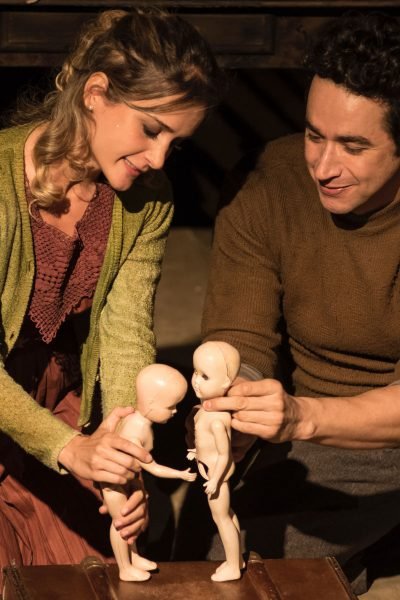 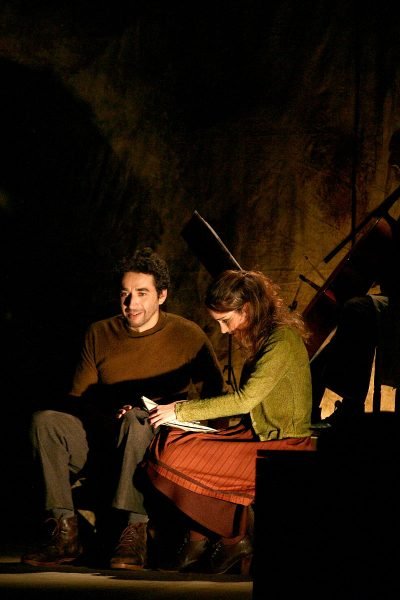 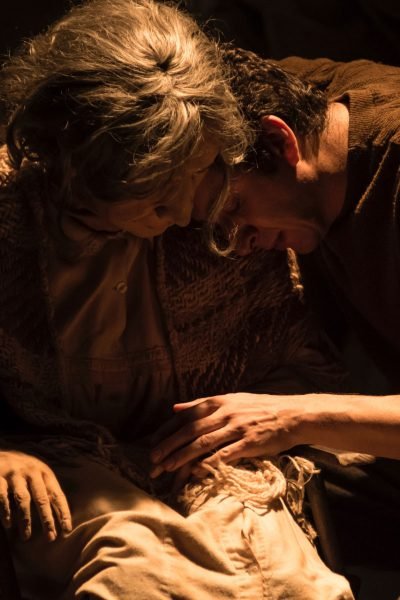 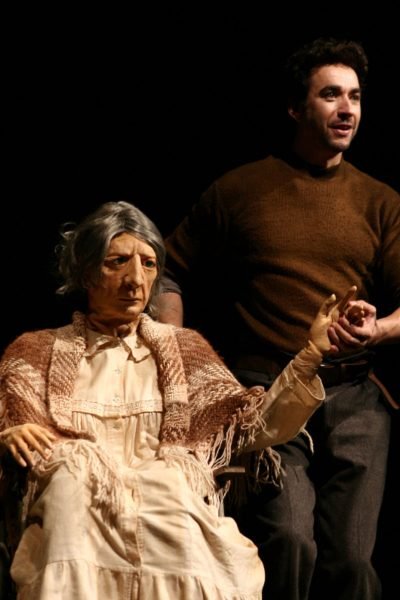