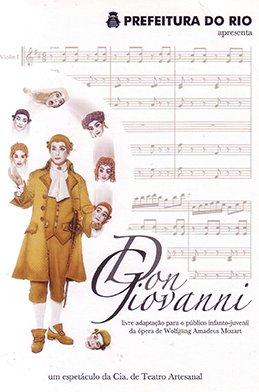 Don Giovanni is a free adaptation of Mozart’s Opera. Loyal to Lorenzo da Ponte’s Libretto, the play kept the opera’s universal spirit working as a comedy of customs. The songs by Mozart are used incidentally and they are all played and sung live by the actors. In this adaptation, Don Juan, the famous romantic conqueror from the Spanish literature presented by Tirso de Molina, was turned into a kiss collector.

There are no excesses; the creative simplicity is the central pillar not only of the perfectly designed set and its appropriate props, but also of the costumes, to which the actors integrate, creating a live body. 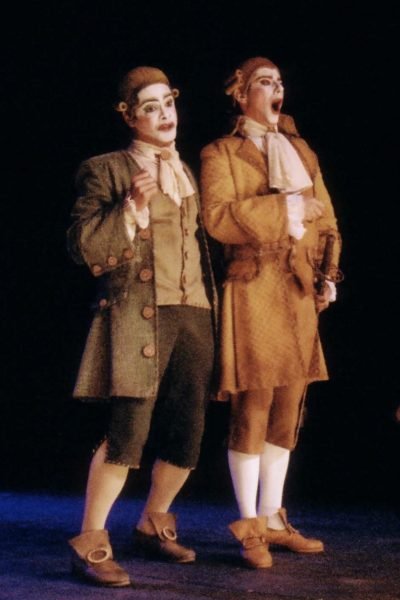 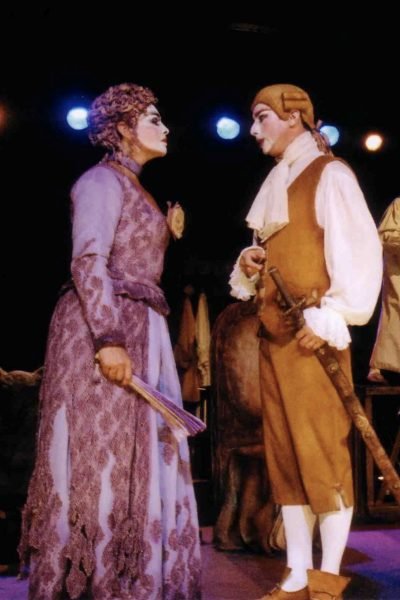 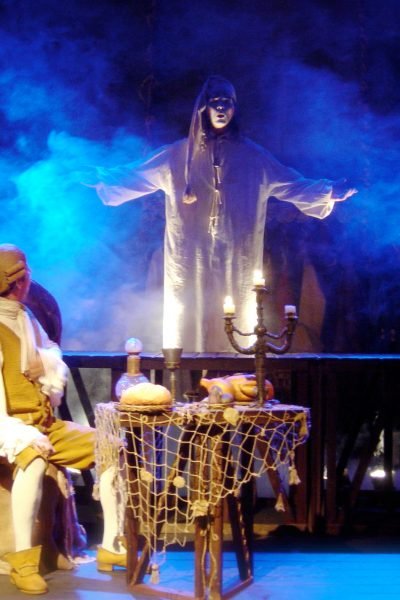 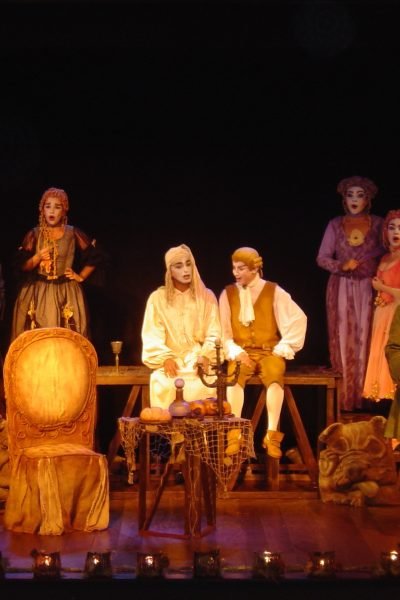 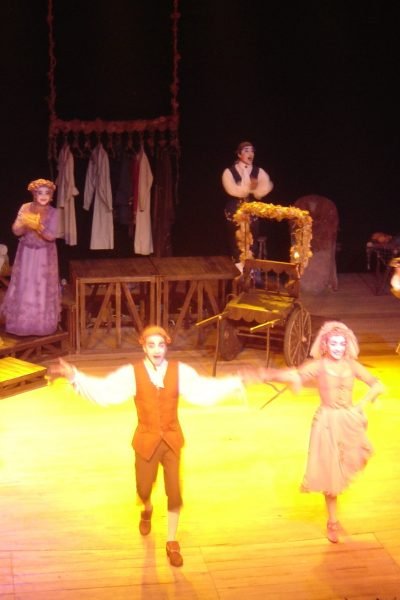 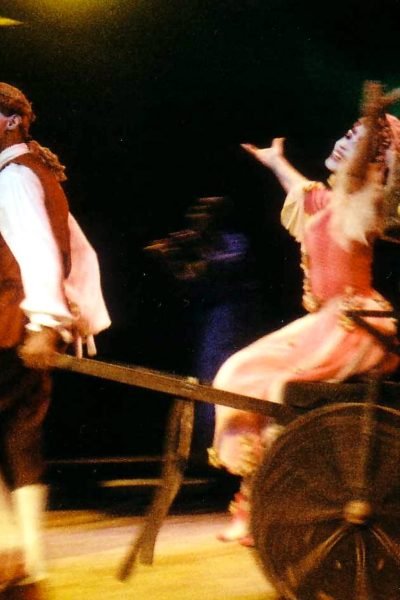 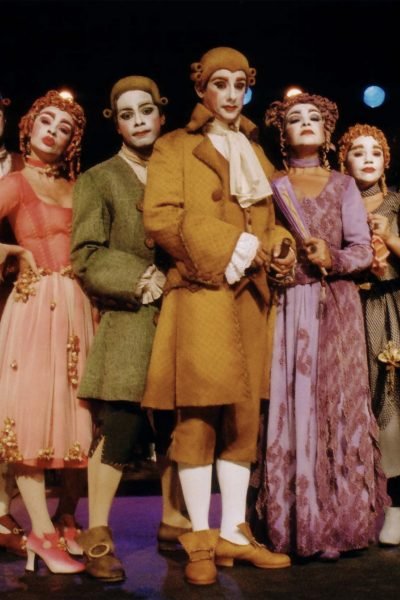